Earlier this week I had a friend contact me to inquire what beers I would recommend to beer enthusiasts in Chicago to seek out to introduce them to the Michigan craft beer industry. It was such a fun exercise that I wanted to share it with our followers here at Michigan Expats with a slightly different take.

For the Chicago list I kept it limited to Michigan brews that I felt confident were widely available in the Chicago market. I choose one beer from each brewery and tried to mix it up and include different styles instead of recommending six IPA’s.

Here I’m going to go along the same line by suggesting twelve beers from twelve different Michigan breweries representing different regions and styles that I would recommend Michigan Expats, Michiganders, and beer enthusiasts to seek out to discover why Michigan is the Great Beer State.

This list was a little more difficult than I thought it would be, especially since I wanted to limit myself to one beer from each brewery and wanted to branch out and include different styles. I also choose Michigan beers that are distributed in at least parts of the state, so that visitors can look for them at bars and stores anywhere in Michigan. There were over 60 breweries and over 500 beers at the Michigan Brewers Guild Summer Beer Festival alone, so I definitely can’t capture everything. Did I miss your favorite? Let us know in the comments.

Arcadia Ales (Battle Creek) – Whitsun
Some might be surprise at the omission of Bell’s Oberon from this list below since it has been the standard bearer of American wheat beers in Michigan for years and unofficially marks the end of winter and sunshine to come, but Arcadia Ales Whitsun Ale is just as refreshing and likewise tastes like a beautiful Michigan summer day.
Honorable Mention: Sky High Rye 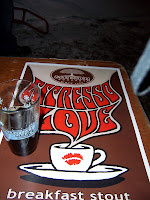 Atwater Brewery (Detroit)– Vanilla Java Porter
I love porters with a vanilla finish and this Detroit brewery makes the best in the state.
Honorable Mention: Double Down Imperial Amber Ale and Grand Circus IPA
Arbor Brewing Company (Ann Arbor) – Expresso Love Breakfast Stout
I discovered this delicious stout at the 2012 Winter Music and Microbrew Festival in Traverse City and have a sixer of it in my fridge at the moment. Rich and flavorful, this stout is delicious any time of the day.
Honorable Mention: Sacred Cow IPA
Bell’s Brewery (Kalamazoo) – Two Hearted Ale
The IPA has been at the cornerstone of the craft beer movement in the United States and Bell’s, Michigan’s largest brewery, has been at the center of the Michigan craft beer industry. It’s no surprise that Bell’s Two Hearted Ale is as good as IPA’s come. Hoppy yet very drinkable at 7% ABV, it is not to be missed.
Honorable Mention: Amber, Hopslam,Kalamazoo Stout, Oberon, and Pale Ale.

(more after the jump)


Founders Centennial IPA and Dirty Bastard Ale certainly are not to be missed, but to truly appreciate this brewery from Beer City U.S.A, Grand Rapids, you need to seek out their seasonal and specialty stouts. Founders Breakfast Stout is available, September through February. Brewed with imported chocolates and Sumatra and Kona coffee and coming in at 8.3% ABV, it is just the trick to see you through the winter. How popular are Founders stouts? They currently have a countdown timer ‘til Stout Season, and Founders seasonal and specialty release parties regularly draw hundreds of dedicated beer drinkers who show up hours before the brewing opens for a chance to purchase a couple bottles – they ran out last spring.
Honorable Mention: Centennial IPA and Dirty Bastard Ale
Frankenmuth Brewery (Frankenmuth) – Hefeweizen Ale 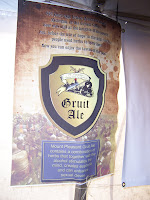 This type of list wouldn’t be complete without a Hefeweizen and who better to represent Michigan in this style than Michigan’s oldest brewery that stille adheres to the German tradition of brewing.
Honorable Mention: Batch 69 IPA and Munich Style Dunkel Lager
Mt. Pleasant Brewing Company (Mt. Pleasant) – Sacred Gruit Ale
One of the great things about the craft beer industry, especially here in Michigan is the creativity, passion, and innovation of the brewers. I was introduced to the Sacred Gruit Ale by Mt. Pleasant Brewing Co. Brewmaster, Kim Kowalski at the Winter Best Festival and he had an absolutely awesome description of this unique brew: “Mt. Pleasant Gruit Ale contains a combination of herbs that together with the alcohol stimulates the mind, creates euphoria, and can enhance sexual drives.” Definitely worth seeking out.
Honorable Mention: Crazy Train Black IPA
New Holland Brewing Company (Holland) – Dragon’s Milk Ale
“A crown jewel of New Holland Brewing Company” and the Michigan craft beer industry,
Dragon’s Milk Ale will make you forget about tulips, windmills, and wooden shoes as you marvel at the roasted malt and vanilla tones that are enhanced from being fermented in oak barrels. I remember how excited I was when I first saw it on tap at Liberty Tavern in Arlington, VA when I was living out there, so it’s no surprise that Dragon’s Milk helped drive the growth of the Holland brewery.
Honorable Mention: Cabin Fever Brown Ale, Full Circle Kolsch, and Madhatter IPA
Short’s Brewing Company (Bellaire) – Huma Lupa Licious
Short’s is an essential brewery to include on this as I’d argue the most creative and inventive brewery in Michigan. This also made Short’s the most difficult brewery for me to select a single beer to highlight on this list. I landed on Huma Lupa Licious, one because it’s their best selling IPA, and two, because one the unique name that most beer drinkers probably associate with the brewery from Bellaire. Oh, it’s also damn good.
Honorable Mention: Carrot Cake, Soft Parade, Strawberry Short's Cake
Schmohz Brewery (Grand Rapids) – Treasure Chest ESB
Schmohz is my favorite spot to relax and have a beer in Grand Rapids, so it makes this list represented by their Treasure Chest ESB which is my go to beer when I’m enjoying free popcorn and drinking out of BBQ Bob’s mug. Schmohz Treasure Chest ESB is a remarkably easy drinking ESB with great flavor and a great introduction to the brewery and the style.
Honorable Mention: Hopknocker Imperial IPA, Amber Tease

Again, this is not an exhaustive list. It was extremely difficult omitting a Traverse City brewery. If I had gone with 13, North Peak and their Furry Black IPA would have been number 13, but I decided to stick with 12 for 2012. A year from now, I think Right Brain makes this list after their production ramps up in their new facility, but at the moment they don’t quite have the distribution so that any one beer sticks out. Same story with Jolly Pumpkin which I’m sure most people will harp on me for omitting, but unfortunately, I’m just not as familiar with Jolly Pumpkin to single out one of their brews for this list. Please share what beers you would have included on your list.
Posted by MichiganExpats at 1:09 PM