Did anyone know that the University of Michigan was in the NCAA national championship hockey game?  They just lost 3-2 in overtime to Minnesota-Duluth.

Given that the most important thing in Michigan sports is to beat Ohio State in football and win the big ten, we often overlook how excellent the hockey team is.

Each year, UM and MSU both have top of the line programs, and the state of Michigan in general has dominated in hockey.  Check out these screenshots I grabbed out of Wikipedia. 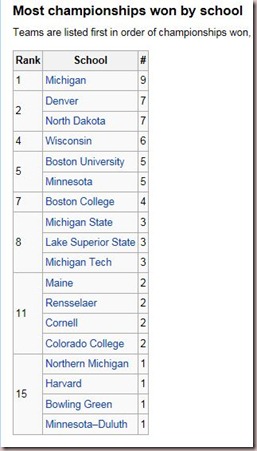 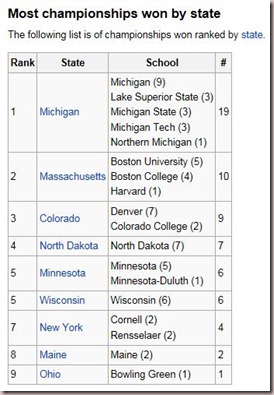 Yea -  that looks like domination to me.  Michigan has a total of 5 schools that have won national titles and leads the overall titles count by more than double the next contender.