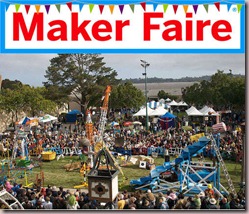 With all the talk lately of Detroit’s creative rebirth, which I have to say I did not fully understand until recently, I have been inspired to revisit a topic near and dear to my heart.

It’s no secret that I have found the San Francisco hype a bit overblown. There really isn’t much here that can’t be gotten elsewhere. In fact, I used to be quite vocal about this belief until this past June when I was proven wrong, at least in part. It was when I first attended the most glorious festival in all of nerdvana, known as the Bay Area Maker Faire.

Maker Faire is a Bay Area festival for all things creative, held since 2006. This year was my first time, and it was the most bizarrely satisfying expe 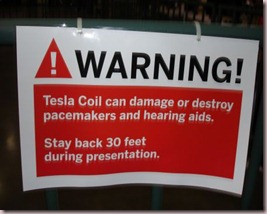 rience I have ever encountered.  It is a festival celebrating the Bay Area’s most bizarre, creative, eccentric, and ultimately fascinating works or invention, art, science, and engineering.  Remote controlled boats were battling (and sinking) each other in a mock WWII scene. Racing go-carts that were shaped as cupcakes. A giant terrifying vehicle that walked like a steel tarantula.  A snow cone maker built out of a full size steam engine.  A flame throwing fire engine that created such an explosion one could feel the visceral thump in your chest from across the fairground. It was a mad scientist/wacky artist Woodstock that would make the acid-tripping hybrid offspring of Nikola Tesla and Dr. Emmett Brown proud. In a word, it was magnificent.  And only a place like San Francisco could pull it off.  Until now…

This year, for the first time, Maker Faire exported their orgy of creative explosion to other U.S. cities. The two other cities were New York (of course, I suppose), and Detroit. Wait, Detroit? Not Chicago, Miami, Los Angeles or Austin? I would have expected Branson, Missouri before I expected Detroit. When I heard that the Henry Ford Museum was involved in bring it to Detroit, I smugly dismissed it, thinking it was just another corporate sponsored attempt to bring culture to the cesspool of Detroit. Little did I know that Detroit already had more than enough inventive wackiness to fit right into the Maker Faire starting lineup.

Only recently have I really begun to educate myself on the resurgence of alternative art culture that seems to be reinvigorating (parts of) Detroit. After seeing the recently posted Detroit Lives documentary, I have a much greater appreciation for the creative renaissance taking place in what was once viewed as the black eye of my home state.

Looking at Detroit with this new perspective, I now better understand why Maker Faire chose Detroit. I am sad to say that Maker Faire: Detroit 2010 has already passed in early August, and I didn’t seem to hear much about it. I hope it catches on, so I can go next year.

Posted by MichiganExpats at 1:32 AM 2 comments:

Michigan Expats - News - See All News
By Doctor
There's a lot of good news and great things going on in Michigan this week. I don't have time to elaborate on everything, but I definitely wanted to highlight and share some of the fun and interesting things I've come across recently.

Art Prize Update: We'll begin alphabetically.  Art Prize reports that they had 31,303 active voters register 448,633 votes during the first week of voting. You can watch the Top Ten announcement live tonight at 6PM to see who will compete for $449,000 in prize money.

TEDxDetroit: More innovation, optimism, and excitement came out of Detroit yesterday at the TEDxDetroit conference. I highly recommend you check out Jonathan Oostings article, "14 positive ideas from Detroit for the world."

DetroitLives.org: Yes, I know John Gault discussed this in an earlier post, but the website has gotten a lot of attention this week and has some really cool videos and insights into Detroit's emerging creative culture.

Facebook Founder Funds Floundering Schools: We continue with some alliteration. Mark Zuckerberg, the founder of Facebook has received a lot positive media attention for his recent $100 million pledge to aid Newark, NJ public schools. Of course, Forbes points out that the money will most likely end up in a "rat hole". Meanwhile, Nolan Finley, of the Detroit News, revisits Detroit's rejection of a similar $200 million pledge six years ago, but that hasn't stopped the donor, Bob Thompson, from helping Detroit's kids.

Detroit 1-8-7 Update: I watched the second episode of Detroit 1-8-7, and it only confirmed my concerns from last week's pilot episode. The writing on the show is lackluster and relies too much on cliches, gimmicks, and style than substance. The fact that the show is set and shot in Detroit isn't enough for me to get over all of it's shortcomings.
Posted by MichiganExpats at 2:32 PM 1 comment:

Famed buffoon-entrepreneur Johnny Knoxville, best known for his starring role in the MTV series Jackass recently released a surprisingly interesting look at the Motor City.  The film, entitled Detroit Lives is an honest yet hopeful look at the struggling rebirth of Michigan’s best known city.  Beyond the images of blight akin to a post-zombie-apocalypse wasteland, the film tries to look past the abandonment and explore the opportunities of a community that is actively re-defining itself.  While the film has a certain “it’s not as bad as you think” message, I think it does a good job of demonstrating how a community can survive and in a small way even thrive in what from the outside looks unlivable.  Prepare the quote book, because I am once again about to say something I never thought I would: “That Johnny Knoxville movie was really a work of art.”  Check out an excerpt below. 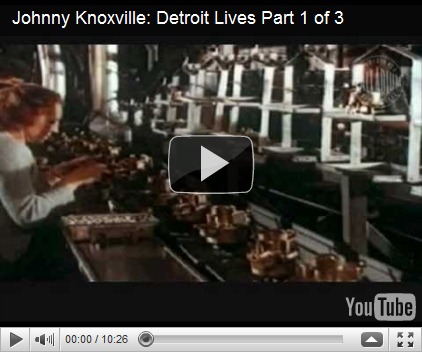 Unfortunately, I haven't been able to make it back to Grand Rapids to check out Art Prize personally, but fortunately Michigan Expats has friends on the ground who have provided us with photos from this year's competition. If you are close enough to make it to Grand Rapids between now and October 10 to check out the fantastic work on display, I highly encourage you to do so and register to vote for your favorites.

If you can't make it to Grand Rapids, be sure to browse the Art Prize website and get a sense of the scope of the competition and the level of creativity and ingenuity on display along the Grand River. Being from the Grand Rapids area, I am going to highlight a West Michigan artist. Check out Rockford native, Scott Naylor and his entry, "Benchmark Experience" and visit his website at www.loudartdesign.com.
Posted by MichiganExpats at 9:20 PM No comments:

We saw a great deal of traffic come to our site from the Free Press article, but we were also featured in the Kalamazoo Gazette!  I did send my article to all the major Michigan newspapers, and while the Free Press published it first, the K-zoo gazette actually published it unedited.

Also…. yes… we are in TIME MAGAZINE!  Well, not in an actual story, but we did get mentioned in time magazine’s “The Detroit Blog.”  I was offered a futon at someone’s home in Detroit.  So, I don’t know you, and you live in Detroit… sounds great!  I’d love to stop by and take a drink from you without watching you make it and then go sleep on your futon.

Here is the reference to us..

This is older, but it's still a goodie. The Detroit Free Press had a piece from the guy who started the Michigan Expats Web site. Hey, Joe Petrides, I got a futon you could crash on for a few months if you want to come back here and get something started. Then again, The Detroit News and others reported this week about how affordable living here has become. You could buy a mansion and a yacht!

Michigan and Movies (Part 4): The Case for Tax Incentives

Michigan Expats - Culture - See All Culture
By Doctor
The Toronto International Film Festival has become one of the most important film festivals in the world, particularly for films that hope to generate awards buzz and begin campaigns for Oscar nominations. It has also launched previously unknown films to box office and awards success including "Juno", "Slumdog Millionaire", and "The Wreslter" in recent years.
This year was no different this year as premieres included "The Town" starring Ben Affleck which topped the American box office it's opening weekend as well as the Oscar contender "Black Swann," directed by Darren Aronofsky.
What did stand out at the Toronto International Film Festival was the number of film premiering that were filmed in Michigan and the talent connected to those films. Five Michigan productions premiered at Toronto this year featuring stars Jennifer Connelly, Robert Deniro, Ed Harris Catherine Keener, Edward Norton, Clive Owen, Sam Rockwell, and Hilary Swank.
Without a doubt, Michigan would not be attracting top flight Hollywood talent if it were not for the film incentives program enacted in 2008 which offers some of the most generous film production tax incentives in the country with the intention of providing Michigan an economic boost.
Read more »
Posted by MichiganExpats at 12:57 PM 5 comments:

Tim Horton’s is the greatest coffee shop in the universe.

One of the sounds that tends to echo from the mouths of Michigan expats all across the fruited plain is…. Where is Tim Hortons? I want my darned chocolate chip muffin! As a resident of Arlington, VA, I can attest that this place is infested with Starbucks “let’s burn all our beans so they taste the same” Coffee and various hipster coffee joints where only those with macs and a socialist voting record are granted passage. Blech!

Tim Hortons is the great equalizer of all coffee shops. Even though it has all the makings of a hipster-type place, it is far from it. This magical home away from home serves hipsters, Harley devotees, and ghetto superstars alike. I can attest to seeing all three types enjoying a cup of fine coffee at the Tim Hortons on the corner of Flushing and Ballenger in Flint, MI. “Come one, come all” says Tim Horton to its loyal customers. “We know that even the hardest bad-boys need their coffee and by-golly, we’ll be happy to pour you a tall glass… we’ll even look the other way if you need to drop in a little Kahlúa.” Now that’s something we can appreciate.

I suppose that is one difference between Michigan folk and those hailing from the East or West coasts. Unfortunately for these zombies, getting coffee is more about status than flavor. The zombies line up and happily hand over $2+ for a cup of coffee served to them in a cup with a trendy logo. Tim Hortons customers just want the best damn coffee around without feeling like, well, a zombie.

My personal favorite besides the coffee is the chocolate chip muffin. Any suggestions for what to try once I get back to Tim Horton’s land? What is your favorite?

Posted by MichiganExpats at 9:53 PM 3 comments: